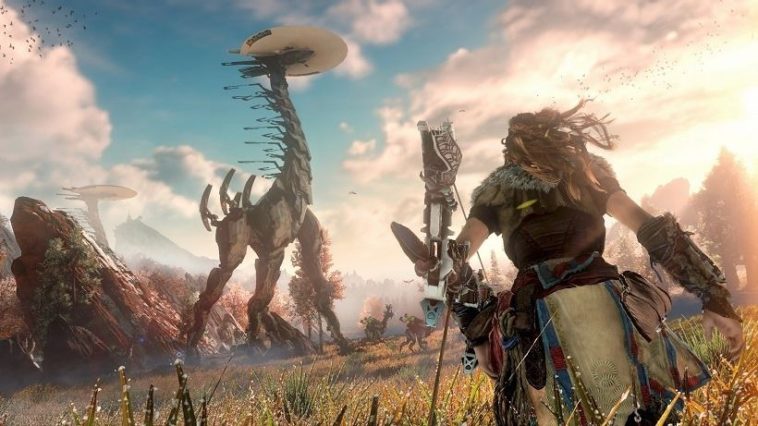 A recently released trailer sheds new information on the story and characters of Horizon Zero Dawn. A new action and role-playing game by Guerrilla Games, this PS4 exclusive is slated for a release on February 28th, 2017. Guerrilla Games is best known for developing the popular Killzone franchise.

The trailer, narrated by the presumed heroine Aloy, showcases the unique and atmospheric setting of Horizon Zero Dawn. Aloy lives with her tribe; they’ve managed the best they can in a difficult post-apocalyptic situation. However, her world is about to be shattered by the Machines. These futuristic contraptions are controlled by men in masks, and Aloy must set off on a journey to “find the killers.”

The most exciting part of the new trailer is the wide array of characters and locations Aloy will explore. Many games claim to be open-world, but if this trailer is any indication, Zero Dawn will live up to that expectation. The cities, ruins, and forests all appear intricately detailed. The apparent day/night cycle and weather elements will only add to this immersion.

One of the characters who appears briefly in the trailer, a hologram that seems to be trying to fight the same evil forces as Aloy, is rumored to be the voice of Lance Reddick. He’s a well-known actor who has appeared in dozens of television shows and video games. The rumor has not been confirmed. However, he did recently re-tweet someone on Twitter asking if he is indeed a VA for Horizon Zero Dawn. His voice acting credits in video games include Quantum Break, Destiny, as well as a few others.

The trailer contains the use of bow and arrows and other non-modern weapons. It has been confirmed by Sony that the player can, “fuse primitive gear with advanced technology to craft devices that turn predators to prey.” The trailer contains a multitude of explosions that seem to promise many exciting and tense moments.

Although the trailer shows Aloy traveling primarily alone, Guerilla Games confirmed in an interview with Game Informer, that she will have many others join in her quest. They also said that “Aloy will meet various colorful characters on her journey through side quests and the main story.” It has been suggested that certain game elements will be fluid, and the story will be shaped by the choices the player makes.

The first impressions and reaction to this new video has been overwhelmingly positive. Within 24 hours, the trailer has gotten nearly 300,000 views, and social media users have all expressed their eagerness to jump into the world of Horizon Zero Dawn and learn more about Aloy and her world. They have a valid reason to be excited. The premise and story seem unique, and the gorgeous setting seems like it will only add to the story.

Although the title is strange, and seemingly just three words smashed together, the footage we’ve seen so far suggests a detailed and thoughtful addition to the lineup of PlayStation 4 exclusives. Guerilla Games has intentionally been tight-lipped and secretive about the game. They want the player to unravel the story themselves. Thousands will begin that process, on February 28th, 2017. 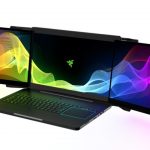 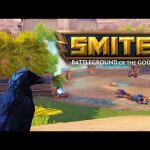