That being said, GTA V did have a pretty rough start with the online addition to the game, so we expect that the Red Dead Online to have some bugs too. Maybe, that’s why they are launching it as a beta version. If you have the Ultimate edition, you can start playing it right now if you want.

If you played the game within the first three days of launch, you could play Red Dead Online on November 28th, and then the other players can come and join in the next day. One thing is certain, that there will be lots of fresh ideas and features added to the online portion of the game. They are set to expand the world, and they are also adding some new modes too.

One of those modes is apparently a battle royale experience, which is a bit odd for a game with a Wild West theme, but stranger things have happened in the gaming world. And since this genre is very popular right now, it does make sense to include it in stuff like this. Either way, if you love Red Dead Redemption 2 and wanted to play against other people, then Red Dead Online is definitely right up your alley, and it’s a free update too. 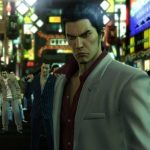 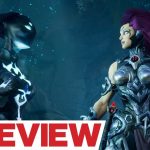