Call of Cthulhu arrives on Nintendo Switch October 8 – Enjoy terrors from the abyss on the go!

Call of Cthulhu brings cosmic horror to the Nintendo Switch on October 8. Hold on to your sanity as you watch the Switch Release Date Trailer, which showcases the fantastic response the game received upon launch from press. This videogame adaptation of Chaosium’s pen and paper RPG combines Lovecraft’s Cthulhu Mythos and choice-driven investigative gameplay to create a unique and terrifying beast.

Take on the role of Edward Pierce, a private investigator who’s seen better days. Nightmares and a difficult past already haunt him when strange visions seep into his tortured sleep. One thing is clear: truth and madness await you on the quiet island of Darkwater.
The Nintendo Switch version of Call of Cthulhu is the full experience – prepare for “perhaps one of the finest cosmic horror experiences in modern gaming”, according to IGN, with an investigation that leads you ever closer to the most unmentionable horror. The murky depths call your name. 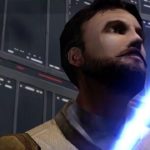 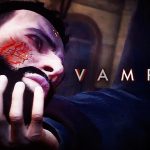