The Shadows Edition brings a sinister new look to the Telltale Batman Series adding a noir-style visual makeover and graphical upgrade. The Shadows Edition, which includes the Batman: The Telltale Series base game and new noir style DLC, is available now on Xbox One and PC via Steam, on December 20, 2019 for PlayStation 4, and at a later date on Nintendo Switch and the Epic Games Store.

Players who already own the base game can add Shadows Mode as stand-alone DLC. 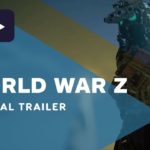