The Nintendo Switch is almost three years old, and 2019 was another stellar year for games on the platform. Join us as we reveal our top 5 Switch games of 2019.

2019 has been a fantastic year for games, and that’s especially true if you’re a Switch owner. While PS4 and Xbox One received their share of great titles over the last 12 months, neither could match the sheer number of exclusives that hit the Switch in 2019. Nintendo rolled out great title after great title for the hybrid console this past year, from Fire Emblem: Three Houses to The Legend of Zelda: Link’s Awakening and Pokemon Sword and Shield.

While first-party games dominated Switch’s release calendar, those weren’t the only notable titles to arrive on the system in 2019. Once again, Switch owners were treated to a variety of stellar indie titles, including the Zelda spin-off Cadence of Hyrule and the clever Katana Zero. The system also received some big-name third-party releases like The Witcher 3: Wild Hunt and Dragon Quest XI.

With 2019 winding down, GameSpot is taking a look back at the best video games of the past year. In the video above, we discuss what we felt were the five best Nintendo Switch titles of 2019 as voted by the GameSpot staff. Be sure to also check out our writeup of the best Switch games of 2019, as well as our other year-end content at our Best Games of 2019 hub. 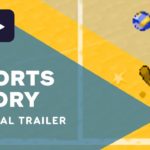 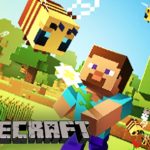