If you played Call of Duty: Modern Warfare 2 after its release in 2009, the Intervention is a rifle that you’ll be familiar with. It went from being a relatively unknown weapon in the real world, to a digital firearm capable of seemingly impossible feats of sniping in COD’s multiplayer battlegrounds. But how exactly did the Intervention become so infamous? 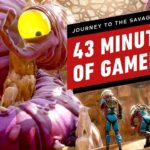