2019 may have not have had as many heavy hitters as previous years, but Switch owners still got a hefty offering of great exclusives like Pokemon, Luigi’s Mansion 3, and Fire Emblem: Three Houses.

2019 is coming to a close, and this past year has been a great one for video games. That holds especially true for the Switch. Nintendo’s hybrid console has been selling consistently well since it launched back in March 2017, and Nintendo continued the system’s momentum with another slew of great releases.

While the year started off slowly for the Switch in terms of exclusives, it ramped up considerably in the summer. The back half of the year was filled with big-name exclusive after big-name exclusive, including Super Mario Maker 2, Fire Emblem: Three Houses, The Legend of Zelda: Link’s Awakening, and Pokemon Sword and Shield, the latter of which have overtaken Smash Bros. Ultimate as Switch’s fastest-selling games to date.

Nintendo has also made some modest but welcome improvements to its paid Switch Online service. The company slowly rolled out more NES games for subscribers to play throughout the year, and it even dropped a batch of SNES classics this past September. Nintendo also treated subscribers to some exclusive freebies throughout the year, most notably Tetris 99, a battle royale-inspired take on the puzzler that is free to download and play for NSO members.

As good as the past year was, however, 2019 also had its share of rough patches. For all the improvements Nintendo has made to Switch Online, the service still can’t measure up to the subscription services offered by rival companies, and the fact that new NES and SNES games are no longer being added on a monthly basis undercuts the advancements Nintendo has made. In the video above, we discuss how Nintendo fared during the year that was. Be sure to also check out our full Nintendo 2019 report card. 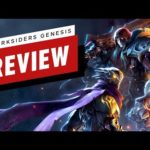 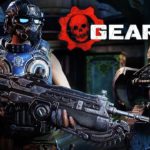