We see how Microsoft did in 2019 by breaking down all of the major game releases and moments for Xbox. From Gears 5 and Crackdown 3, to the acquisition of new developers and the success of Game Pass.

As 2019 comes to a close, GameSpot is looking back on the year that was. As usual, that includes coming up with a game of the year, but before that, we’re looking at what Microsoft, Sony, Nintendo, and the PC industry have done in 2019. First up is Microsoft.

In the video above, Jake Dekker, Peter Brown, and Jordan Ramée talk about Microsoft and the Xbox One family of consoles. The crux of the conversation focuses on Xbox Game Pass, Microsoft’s console and PC service that allows subscribers to download a library of titles for a fraction of their total retail price. Game Pass is the best feature the Xbox One has going for it in the ongoing console war–the PS4 and Switch have nothing like it–and, this year, the subscription service let you download several stellar titles the day they launched, such as Gears 5 and The Outer Worlds, and promoted smaller indie games like Outer Wilds and Afterparty.

The trio are also intrigued by what Microsoft did with Project xCloud in 2019 and excited to see that all those studio acquisitions in 2018 are leading to a wide variety of first-party titles for Xbox One in 2020. Microsoft’s continued support of accessibility in games is nice to see too, and Xbox One now has one of the nicest controllers out there with the Elite Series 2. Overall it was a good year for Microsoft–the best it’s had in a very long time–and it left the group feeling optimistic about what is planned for Xbox One and Project Scarlett in 2020.

For more of GameSpot’s end-of-the-year content, check out our report card for Sony / PlayStation 4. We have two more report cards scheduled too: PC and Nintendo / Switch. 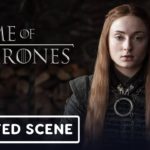 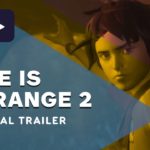