Adapting video games into movies hasn’t had the best track record, but Netflix seems to have slightly better luck. They’ve done animated series based on Castlevania, Skylanders, and Carmen SanDiego, there’s a Cuphead cartoon in the works, and of course, everyone’s talking about the live-action Witcher show. And even though it’s based on the books more than the games, the popularity of the series has led to a record-breaking number of hardcore fans and newcomers flocking to The Witcher 3: The Wild Hunt four years after its release. Presumably, other video game publishers have taken notice, and fast-tracked projects based on their properties — which will hopefully lead to more adaptations that actual treat the source material with the respect it deserves. Here are 6 other video games that are ripe to be shows on Netflix 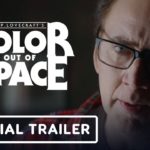