Might & Magic hasn’t had a mainline series release in years, to the disappointment of longtime fans. Ubisoft’s newest entry in the franchise tries to break into the auto battler genre, but will it be able to succeed?

The Might & Magic franchise is back–but perhaps not in the way you’d expect. Ubisoft’s newest entry into the high fantasy series is a free-to-play auto-battler called Might & Magic: Chess Royale where you compete in one-on-one matches against 99 others until one person wins.

Self-described Might & Magic superfan Jess McDonell talks about why she’s happy to see the Might & Magic series continue, but cautious as to whether the auto-battler genre is the right path forward.

Chess Royale is in an early access state right now on PC, iOS, and Android, and it currently feels shallow and lacking for a variety of reasons that Jess explores in the video.

That being said, Jess also talks about how Chess Royale has some redeeming qualities, and with the barrier to entry at $0.00, you might want to at least have a look.

Check out the full video above, and be sure to let us know if the draw of red dragons and harpies is enough for you to want to try this one out, if you’ve tried out the auto battler genre, or if you’re still holding out hope that it isn’t the end of the line for the Might & Magic franchise’s mainline entries. 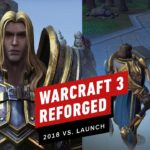 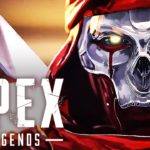