Not very long ago, thousands of people on the internet were excitedly sharing, downloading and playing a surprisingly excellent fan-created Star Wars fighting game, ‘Force Combat’. Utilizing characters and environments from across decades and from various forms of Star Wars media, this Mortal Kombat-esque raised the question, “why has it been so long since anyone has attempted a competently produced Star Wars fighting game?”

At any rate, before half the people that had seen the clips circulating online could even get around to downloading it, it had already been shared by major outlets, amplified by youtubers and streamers, commented on by devs and industry analysts and eventually, pulled down by the creator, known as LastJawa. The removal of the game was clearly motivated by a perceived threat posed by Darth Disney, but that got us to thinking: What’s the risk/reward of fan-created media, generally?

What do you think? Are these creators playing with fire and destined to get burned, or is making fan games, fan films and fan art a clear path to exposure that can kickstart entire careers, legal threats be damned? (We actually talked to a lawyer and he said it’s probably the first one, like in almost every case. I mean, he was VERY emphatic about not doing this or even listening to us talk about it or watching this video, truth be told. But you’re not gonna let someone that “knows what they’re talking about” or “is an authority on the subject” boss you around, ARE YOU?!)

Annnywayyy… Did you get a chance to play ‘Star Wars: Force Combat’ before it was too late? Are you planning to BREAK THE LAW and make a fan game/film/art project in the near future? Let us know in the comments below, and don’t tell the cops! 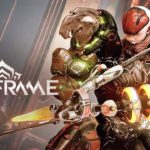