The beta for Call of Duty: Warzone is now in full swing–expect our full review on it soon. In the meantime, if you’re struggling to get a handle on Call of Duty: Modern Warfare’s battle royale mode–whether you’re playing in three-person squads or solo–we’ve got some tips and tricks that will help make you a better player.

In the video above, Richie Bracamonte details eight ways you can improve your game in Warzone. Though many of the tips are squad-focused, a few will apply to you whether you prefer to play within a team or on your own. Helping your squad survive the Gulag isn’t something you can do on your own, as an obvious example, but utilizing methods to fall faster or swapping vehicle seats while driving to dodge bullets is helpful regardless of whether you’re playing three-person squad or solo.

On its own, Warzone is free but a massive download–that said, it also comes as a much smaller download for those who own Modern Warfare. If you’re stuck at home via social isolation on account of the coronavirus, picking up Modern Warfare and partying up with some friends may be a fun way to pass the time. In GameSpot’s Call of Duty: Modern Warfare review, Kallie Plagge wrote, “Just when it could really make a point about any other aspect of modern war, it pulls back. Modern Warfare makes old observations and presents them with new flourishes. Those new flourishes do make for a good campaign and solid multiplayer. But it’s when Modern Warfare asks you to think harder that it falls short.” 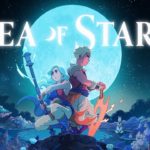 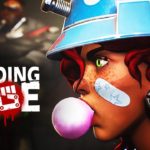