Warzone’s release date is March 10 on PS4, Xbox One, and PC. Here’s what’s different about the free-to-play standalone Call of Duty game, including contracts, respawns, and 1v1 battles.

Call of Duty: Warzone is a standalone, upgraded version of Black Ops 4’s Blackout mode. Its Battle Royale mode is very similar, where players compete to be the last person standing, but this version supports 150 players in squads or solos. Warzone also features Plunder, where the goal is to earn the most money via looting, eliminating other players, and completing new objectives called Contracts.

Warzone is free-to-play, and you can download it even if you don’t already own Modern Warfare. However, if you do own the most recent Call of Duty game, your Battle Pass items, Operators, and progression will transfer over to Warzone. The inverse is also possible: if you download Warzone and decide to pick up Modern Warfare later, your progress will transfer too.

Call of Duty: Warzone’s release date is March 10 on PS4, Xbox One, and PC. Activision will be setting the game live at 12 PM PDT. Modern Warfare owners can jump in earlier by downloading the Warzone update; that will go live at 8 AM PDT. 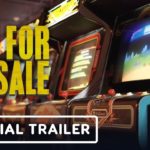 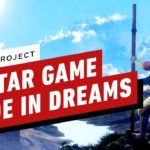