We explore the Kwolok’s Hollow, solve some puzzles, and take on a boss in Ori And The Will Of The Wisps for Xbox One and PC.

Ori and the Will of the Wisps is the follow-up to one of the most acclaimed Xbox One titles of this generation, Ori and the Blind Forest. Once again developed by Moon Studios, the sequel aims to take the challenging Metroidvania-style gameplay of the first game and expand on it. The sequel features new movement abilities and, thanks to a variety of new weapons, expanded combat.

Of course, what people really responded to in the first game is the beautiful art style and world. It also had a surprisingly emotional story thanks to its wonderfully animated characters and heartfelt soundtrack. Naturally, expectations for the second game are very high and although we’ll have to wait for the game’s launch to see whether it lives up to them. However, we do have a sample of gameplay from Ori and the Will of the Wisps to give you an early indication of how it’s shaping up.

In the video above we head to Kwolok’s Hollow and do some exploration, battling enemies and solving puzzles along the way. The video culminates in a boss battle and, as a whole, should give you a good taster of the gameplay experience.

Ori and the Will of the Wisps is set for release on Xbox One and PC on March 11. 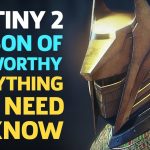 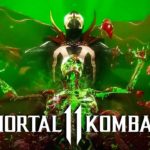