Microsoft dropped a ton of new Xbox Series X details onto Xbox Wire, teaching us more about what the next-generation console can do. We already knew about Quick Resume, which allows you to suspend three Series X games simultaneously and seamlessly jump between them, but a new video showed the feature in action.

Along with the video came a list of specs, detailing the console’s architecture and storage solutions. One surprising detail was the announcement of proprietary cards for stage expansion. Microsoft partnered with Seagate to develop 1TB external drives that resemble memory cards. While you can keep games on your own storage devices, they can only be played from the Series X’s internal storage or one of these proprietary cards.

Speaking of games, Microsoft’s Smart Delivery feature allows you to play an Xbox game you own on the best hardware available. For example, if you own Gears 5 on Xbox One, you already own it on Series X. That version of the game has improvements like better graphics and lighting.

All this and more is detailed in the video above. The Xbox Series X launches this holiday season. 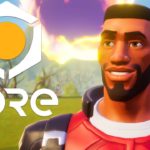 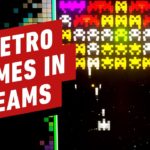