Battlemode is Doom Eternal’s multiplayer mode, which was built from the ground up. It’s a 1v2 asymmetrical competitive mode where one player is Doom Slayer and two plays are demons. Doom Slayer functions just like he does in single-player with a full arsenal of weapons and all the abilities that help him rip and tear demons and help replenish resources. The demon side has five different ones to choose from: Archvile, Pain Elemental, Marauder, Revenant, and Manucubs. Each of them have different movement styles, attacks, and abilities, but they can all summon minion demons to help them fight Doom Slayer.

We recently had a chance to play Battlemode when we visited id Software’s studio in Dallas, Texas, and came away impressed overall. It certainly takes some getting used to, especially for the demon side, but tug-of-war structure and pacing make for some real edge-of-your-seat moments. It captures a similar intensity found in the single-player when playing as Doom Slayer, and new layer of strategy spices things up when playing as the variety of demons.

You can watch us give our impressions in the video above. We also have an in-depth article on Doom Eternal’s Battlemode on GameSpot which includes insight from game director Hugo Martin and executive producer Marty Stratton. For more on this intense combat-focused FPS, be sure to read our breakdown of Doom Eternal’s first boss fight in the campaign or our initial preview of the opening three hours. Doom Eternal launches on March 20 for PC, PS4, and Xbox One, and a Switch version will come in the future. 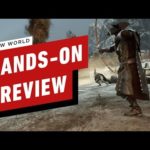 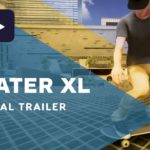