Join Jean-Luc, Tamoor, Phil, and Nick as they discuss all things Final Fantasy VII Remake: what they loved, what they didn’t like as much, and what the future of the next parts could be. Timestamps for specific conversations below.

Final Fantasy 7 Remake greatly expands on the story of the original FF7, adding a huge amount of character development and worldbuilding to the tale Square first told back in 1997. Revisiting the world of Midgar has turned out to be pretty incredible. At GameSpot, we sat down to talk about the experience of returning to FF7 23 years later and seeing a fresh take on the world.

But FF7 Remake doesn’t just retell the story or add additional context. It makes some changes, too. Our conversations is a spoiler-filled rundown of everything Final Fantasy 7, from the changes to the game’s battle system to the liberties it takes with the story–and where those might lead in future installments. We even take some time to discuss how the remake reworks FF7’s classic soundtrack into something even more incredible.

And of course, we eventually get to the ending of Final Fantasy 7 Remake, where the game makes its biggest diversions from the original. The ending leaves a lot of questions, and we’ve got some speculation as to what it all means and where it’s all going. Check out our discussion, and leave your own opinions, theories, and ideas about Final Fantasy 7 Remake in the comments. 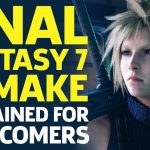 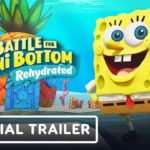