Gears Tactics can be tough, especially if you’ve never played a tactical turn-based game before. Luckily, Jake has 7 tips and strategies to help you tear through the Locust horde.

Gears Tactics is now out, providing a very different gameplay experience for a Gears of War game–even more so than the open-world nature of Gears 5. Whether Gears Tactics is your first tactics game or you’re a longtime fan of the genre, there are a few key details to know before going in.

In the video above, Jake Dekker goes over seven tips and tricks for Gears Tactics. Follow his advice and you’ll have a much better chance at overcoming its tough, tactics-based combat. Tactics game veterans may recognize a few pieces of advice–like making sure to know the differences between and then utilizing low and high cover–though Gears Tactics does have a few mechanics and features all its own that you’ll have to take into account.

For example, using executions nabs you extra action points, allowing you to increase the duration of your turn and end a conflict more quickly. Additionally, since Gears Tactics is a Gears of War game, the enemies you encounter behave like they do in the rest of the franchise–encouraging you to go up against them with similar strategies.

In GameSpot’s Gears Tactics review, Mike Epstein wrote, “Though Gears Tactics wears itself a little thin by the end of its protracted campaign, the rush of pulling together a victory from the jaws of defeat carries an exciting, chaotic energy. Unlike most strategy games, playing well doesn’t necessarily make you feel like a mastermind, so much as though you’ve cheated death. Every successful plan, even a last-ditch effort, feels like a small stroke of genius. That’s no small feat.” 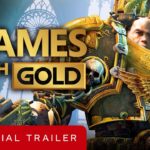 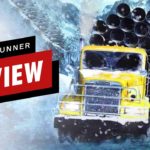