“Crucible plucks popular staples from all over esports, attempting to forge a greater whole through the fires of interstellar warfare. This sci-fi multiplayer third-person shooter is a battle royale at one moment, and the next it’s a back-and-forth team affair closer to a MOBA, topped off with a hero-shooter veneer. During my 20 hours with Crucible thus far I grew increasingly exhausted with its manic hat-juggling, culminating in lifeless wildlife hunts, lonely team fights, and excruciating slow matches. Too often, this gauntlet is a messy jumble of parts that don’t fit together.” 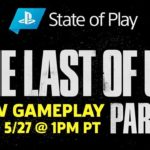