It’s Tsushima Tuesday, and we’ve got lots of new details on Sucker Punch’s new open-world adventure. There’s also the news that PS5 games will be announced soon, The Last of Us Part 2 is getting a special edition PS4, Overwatch got a re-review, and more. Pull up a chair and make your voice heard in chat.

What’s everybody up to after this? You want to hang out and watch a Star War? Watch From Home Theater is live at 5pm PDT celebrating the 15th anniversary of Star Wars Episode 3: Revenge of the Sith. They’ve got special guests Ashley Eckstein who was the voice of Ahsoka Tano on the Clone Wars and Cameron Monaghan who’s Cal Kestis in Jed: Fallen Order. Sync up your copies of Revenge of the Sith with Watch From Home Theater and be sure to leave your questions for Ashley and Cameron using the hashtag WFHTheater and they’ll get to as many as they can on the air. 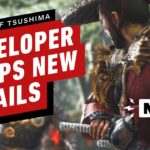 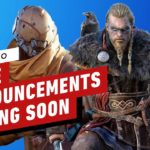