Saints Row® The Third™ Remastered is out now on Xbox One, PlayStation®4 and PC.

Experience the ultimate in mayhem-inducing escapism, fully remastered, polished and ready for 2020. Overhauled by Sperasoft, take in the transformed city of Steelport, enhanced visual effects, lighting and re-built character, vehicle and weapon models.

Originally released nine years ago on Xbox 360, PlayStation 3 and PC, this is the first time Saints Row has appeared on current generation consoles. With multiple interwoven storylines, the game takes a different route depending on decisions made; seasoned Saints players may even find their storyline takes on a new arc, resulting in never seen before missions. And if you have never played Saints Row before – it’s your time now, lets get this started! 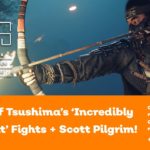