Chapter 2, Season 3 has officially begun in Fortnite, implementing several changes–some quite noticeable and others less so. Called Splashdown, the new season is water-themed and gives Fortnite an aquatic makeover.

In the video above, Jordan Ramée details the six major changes that are a part of Fortnite Chapter 2, Season 3. The most noticeable change is the new map–Fortnite’s battlefield has been completely flooded. To navigate between the landmarks, you’ll primarily need to take to the air or the sea in order to get around, and it’s via the latter method where you’ll encounter Season 3’s other major change: loot sharks. Yup, murderous loot sharks.

Like every new season, Splashdown adds a new battle pass to work through, challenges to complete, and cosmetics to unlock. Splashdown adds two new weapons too–one of which, the hunting rifle, is a beloved older weapon that’s been freed from its time in the vault. All this and more are detailed in the video above.

GameSpot has officially kicked off Play For All–a celebration of all things gaming. Join us as we bring you the summer’s hottest news, previews, interviews, features, and videos, as well as raise money for COVID-19 relief efforts and Black Lives Matter with the help of our friends from around the gaming world. Check out the Play For All schedule for more. 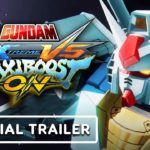 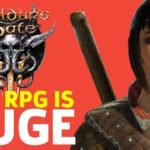