IGN got staffer Michael Swaim together with four Blizzard veterans to discuss the past, present, and future of the legendary Starcraft franchise. Features Senior Art Director Samwise Didier, Lead Artist Rob McNaughton, Senior Game Designer Matt Morris, and Production Director Kaeo Milker. Between them, they’ve worked on Blizzard games like Heroes of the Storm, Diablo, Warcraft III, World of Warcraft, and of course, all things Starcraft and Starcraft 2.

Thanks for checking out IGN’s Summer of Gaming! Be sure to stay tuned to SoG as our editorial team shares hands-on demos, gameplay previews (including Xbox Series X gameplay and PS5 gameplay), developer interviews, and publisher presentations- and it’s all happening in live broadcasts! Throughout June IGN will be showcasing new games, 2020 Xbox news, and PS5 news. Summer of Gaming will also feature news about upcoming games, 2020 titles releasing for Playstation 5 and Xbox Series X, and more exclusive gameplay footage. 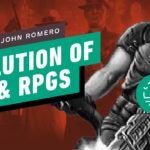 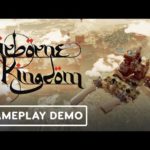