Crash Bandicoot 4: It’s About Time brings the franchise back to its roots later this year, and IGN has a look at a little bit more gameplay, showcasing a pirate-themed level and some of the new and returning gameplay tricks and moves the sequel is bringing.

Crash Bandicoot 4: It’s About Time will hit PS4 and Xbox One on October 2. 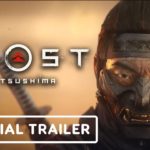