We finally went hands-on with one of the most anticipated games of the generation, Cyberpunk 2077, and in this video, Jake Dekker, Tamoor Hussain, and Edmond Tran describe their experiences with the opening hours of the game. Each of them built their characters as different from one another as they could, selecting divergent life paths and building up their stats and skillsets in unique ways.

This means that we saw all three of Cyberpunk’s opening prologue sequences, which situate the protagonist, V, in different locations and set up different origin stories. We talk about how that affected our experience with the game, and describe what we got up to in our hours exploring the open world of Night City.

Cyberpunk 2077 releases on November 18 for PC, PlayStation 4, and Xbox One. The game is also confirmed to be coming to Xbox Series X and PlayStation 5, with a free upgrade for existing owners of the game for Xbox One and PS4. 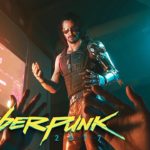 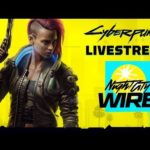