Check out the latest trailer for Solasta: Crown of the Magister, a Dungeons & Dragons (D&D) RPG licensed by Wizards of the Coast. This is a classic tabletop RPG in video game form, and trying to give players the same amount of freedom they would have in a tabletop version can be a nightmare.

This Solasta Crown of the Magister trailer shows off plenty of the dynamic and complex environments characters will traverse while playing Solasta. The gameplay featured in this Solasta gameplay trailer shows off the vertical tactical combat on which the game prides itself. Solasta Crown of the Magister gameplay will push players to think in three dimensions as they climb, jump, and fly around the digital tabletop board.

As mentioned earlier, the Solasta developers at Tactical Adventures received a Dungeons and Dragons license from Wizards of the Coast to use the Dungeons & Dragons SRD 5.1 ruleset to make Solasta Crown of the Magister (their D&D video game).

For another Solasta trailer, Solasta gameplay and more about the Solasta Crown of the Magister game stay tuned to IGN. 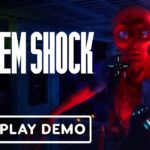 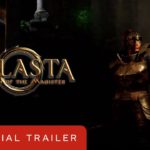