We’ve finally reached the end of IGN’s Summer of Gaming 2020 digital event. We still have a few more games to showcase but we’ll close the event with an awards show and after-party performance! Stay tuned!

IGN is asking you to give to the World Health Organization and The Bail Project charities, and by donating, you’ll have a chance to win codes for games like Resident Evil 3 and swag from companies like Bethesda. The World Health Organization’s COVID-19 response fund is dedicated to studying, tracking, and combating the coronavirus pandemic. The Bail Project is a nonprofit that pays bail for people in need, reuniting families and restoring the presumption of innocence.
Go to donate.ign.com for more information on how and where to donate! Keep those donations coming!

Thanks for checking out IGN’s Summer of Gaming! Be sure to stay tuned to SoG as our editorial team shares hands-on demos, gameplay previews (including Xbox Series X gameplay and PS5 gameplay), developer interviews, and publisher presentations- and it’s all happening in live broadcasts! Throughout June IGN will be showcasing new games, 2020 Xbox news, and PS5 news. Summer of Gaming will also feature news about upcoming games, 2020 titles releasing for Playstation 5 and Xbox Series X, and more exclusive gameplay footage. 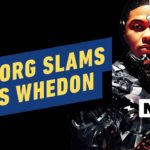 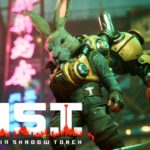