Phil Hornshaw, Jordan Ramée, and Jean-Luc Seipke all sit down to discuss their time with the Marvel’s Avengers Beta.

A beta for Marvel’s Avengers has arrived, giving players a chance to actually try Crystal Dynamics’ upcoming superhero live game. The GameSpot crew got a chance to check out the beta a few days early, trying out four of its characters–Iron Man, the Incredible Hulk, Black Widow, and Ms. Marvel aka Kamala Khan–as well as seeing its live game and multiplayer systems in action. In the video above, we run through our impressions of the beta, which answered a few questions and left us some more.

Topics discussed include combat, character progression, teamwork, the loot grind, and the level design. There’s a lot to cover in this beta, and while we’ve only seen a small slice of what to expect from the whole game, we’ve got a lot of thoughts about story, multiplayer, and whether Marvel’s Avengers can keep players engaged for the long haul.

The beta will be released first on August 7 for those who pre-ordered the game on PlayStation 4. The following Friday, August 14, it will be an open beta for PS4 players and the pre-order beta for Xbox and PC users. Then on August 21 it will be the open beta for Xbox One and PC players. The full release of Marvel’s Avengers will be September 4, 2020 for PS4, Xbox One, Stadia, and PC with PS5 and Xbox Series X versions coming later. 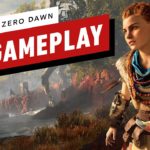 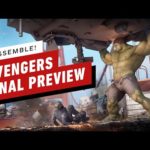