Mafia: Definitive Edition is a complete remake of the original 2002 game. Sporting new graphics, a revised story, and updated gameplay that puts it on par with Mafia III, this remake captures what made the original game such a standout experience, while also modernizing it for today’s age. Developer Hanger 13 has been working on the Definitive Edition since 2017, and with the September release, this revisit to the original story will round out the current iteration of the Mafia trilogy, which recently saw remasters for both Mafia II and III.

In this gameplay video, we’re taking a detailed look at how the Definitive Edition revitalizes the story of Tommy Angelo and his rise to power within the Salieri crime family in the city of Lost Heaven. It’s a substantial rework of the game, and we show off a side-by-side with some of the opening’s key scenes to display how the remake updated the original. Right from the beginning of our three hours of hands-on time with the game, it became apparent that this remake wasn’t just a simple remaster. Many of the game’s most iconic moments have been recreated to heighten the tension, and even give some of the supporting cast more time to shine.

Mafia: Definitive Edition will release on September 25 for PC, PS4, and Xbox One. Along with our hands-on impressions with the game, go check out our interview with game director Haden Blackman about how they remade the original game. Be sure to check back with GameSpot next month for our full review of the game. 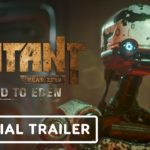 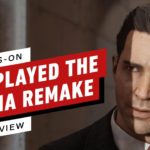