The new Observer: System Redux is so much more than a visual upgrade. It brings a wide range of quality-of-life improvements, gameplay enhancements, and three new missions featuring brand-new storylines.

“Errant Signal”, “Her Fearful Symmetry” and “It Runs in the Family” add another layer of depth to the game’s story while exploring thought-provoking themes of a future that soon might become our present.

On top of that, System Redux offers expanded gameplay, which includes new game mechanics, new secrets to find, redesigned stealth, additional neural interrogations, and quality-of-life improvements made with the help of the Observer community.

Considered one of the scariest games currently available, and one the best cyberpunk games coming to next-generation consoles, System Redux is the definitive vision of this thriller tale.

Experience first-hand what Observer: System Redux really is. Go to Steam, download the free demo and join Daniel Lazarski in his investigation. https://bit.ly/ObserverSR

Don’t forget about the “veteran observer” discount on Steam: if you own the original game in your library, you can pre-order System Redux for 80% off until September 15th. 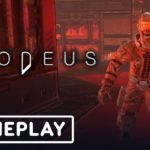 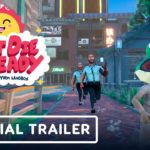