AMD has finally come out swinging with their answer to Nvidia’s RTX 3000 series announce earlier this year. We’re taking a look at the performance numbers from AMD’s GPUs and stack them against against the RTX 3070, 3080, and the 3090.

AMD claims these cards are comparable to Nvidia’s flagship cards at prices of up to $500 less than their priciest card. Such claims will remain to be seen until we can get out hands on the Smart Access Memory system designed to allow these cards to perform better when using a Ryzen 5000 series CPU, as well as AMS’s FidelityFX software, their answer to Nvidia’s DLSS, that allows games to run at higher resolutions while positively affecting refresh rates.

We’re also taking a look at what this could mean for the next generation of consoles. Similar to the PlayStation 4 and the Xbox One, it’s safe to assume that some time down the line the PlayStation 5 and Xbox Series X will get a refresh on their hardware to allow for more beefy GPUs. 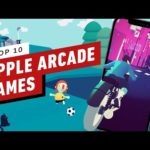 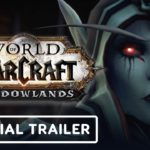