In Assassin’s Creed Valhalla, players will take on the role of Eivor, a fierce Viking raider torn between their duty to their brother Sigurd and a personal quest for glory. Driven from Norway by endless wars and dwindling resources, Eivor’s clan must secure a future among the broken kingdoms of England. During their journey, Eivor will face powerful figures including Saxon kings and the warmongering sons of Ragnar Lothbrok, as well as a mysterious, growing threat to England’s destiny. 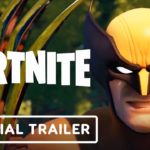