Tamoor breaks down the biggest details about the upcoming Demon’s Souls Remake from his interview with the Creative Director from SIE Worldwide Studios, Gavin Moore.

The Demon’s Souls remake for PS5 is an exciting prospect for longtime fans and newcomers alike. It offers the chance to relive a beautiful new version of From Software’s seminal Souls game or to check out the game that laid out the template for From Software’s titles for the first time.

But, naturally, there are a lot of questions surrounding the details of the remake effort. After all, it’s being handled by Bluepoint Games, alongside Sony Interactive Entertainment Worldwide Studios. Bluepoint Games is called the master of the remaster, having knocked it out of the park with Shadow of the Colossus and Metal Gear Solid HD Collection, among others. But a completely remade Souls game not involving From Software still makes fans nervous.

Thankfully, I was able to talk to Gavin Moore, creative director at SIE Worldwide Studios External Development, and get some answers to a few of my big questions. Having done so, I feel a little more at ease about the game, especially having learned about some of the new features and tweaks. So, settle in, here’s eight things you need to know about the remake. 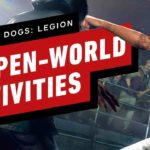 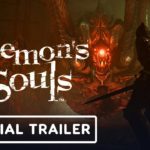