Follow your dreams, they tell you. Dream big, they say. What they DON’T tell you is that Freddy Kruger, the infamous Springwood Slasher, can kill you in those freakin’ dreams of yours. This cruel and vicious child murderer had horror fans eating out of the palm of his knife-fingered hand because he ruled over the dreamscape and could turn his victims into puppets, pizza toppings, cockroaches and – er – side-scrolling platformers. Also, let’s face it – he had killer jokes.

Here’s why this flame-broiled bro, this charred champ, Freddy Kruger, is the greatest movie maniac of all time.

Films like Halloween and Friday the 13th spawned an era in the early ’80s defined by slasher movies. The film slashers that came after were a bit more heightened and supernatural so as to make people feel a little better about the big body counts. Heck, even Jason Voorhees became a zombie brought back from the dead. But Freddy Krueger was the granddaddy of them all. 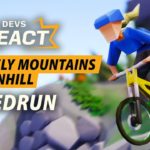 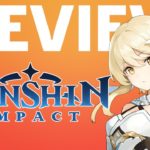