After some time testing the Nvidia 3070, Dave Jewitt and Michael Higham talk about the strengths of this powerful mid-range GPU, and how it holds up against the bigger 3080, and last generation’s 2080 TI

To accompany our review of the Nvidia RTX 3070, we had a discussion around our benchmark results, which situations it would make sense to upgrade to the card, and how availability can affect your decision. You can check out the full results of our benchmark in our written review, but to summarize it, the RTX 3070 essentially performs on par with the RTX 2080 Ti. That’s impressive considering that the RTX 3070 goes for around $500 MSRP and that the 2080 Ti was last generation’s enthusiast-level card that sold for over $1000.

If you’re trying to get top-notch performance at 4K, the RTX 3080 is a better card but the 3070 can certainly hold its own at that resolution. At 1440p, the performance gap closes somewhat, especially when games start to become more CPU-bound–that’s where the RTX 3070 really shines.

It can be difficult to actually find an RTX 3070 for sale, however. Nvidia has struggled to keep supply up to meet demand and said that things probably won’t get easier until later in 2021. In light of the recent news from AMD about its Radeon RX 6000 series video cards, you might have more options when those cards launch later this year–and we touch on that topic a bit here.

Overall, if you’re still on a GTX 10 series (or GTX 9 series) video card, and have been holding out for a more significant upgrade, the RTX 3070 is one of the best options for its price and performance. If you’re using an RTX 2070 (or better), you won’t get that big of a benefit unless you’re really itching to get better FPS in your games. Ray tracing and DLSS are becoming increasingly common so these RTX cards are more appealing now, and the 3070 makes a strong case as the one to get. 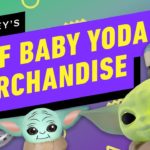 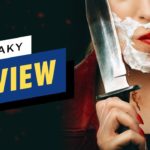