We asked you for your burning questions about the PlayStation 5 and DualSense Controller, and we answer ’em in this week’s Generation Next.

Things are really heating up as we transition to the new generation of consoles. We’re just over a week away from both the Xbox Series X|S and PS5 being released. We’ve already done extensive coverage of the former, and now we have the opportunity to turn our attention to the latter.

We’ve got the PlayStation 5 and have already done a preview of its form factor, as well as an unboxing. We also put out the call for your questions and, in this episode of Generation Next, will be answering them. Of course, there are some restrictions as to what we can talk about at this stage, but there’s plenty of good information in the episode nevertheless.

In the episode, we cover the PS5’s stand and the best way to situate the hardware, early impressions of the DualSense controller, the PSVR camera adapter, and even how sweaty our hands get while playing, because at least one of you wanted to know about that.

We’ve also stored some of your questions and will no doubt come back to them in future episodes when we can more confidently address them. Generation Next is GameSpot’s weekly video show all about the PlayStation 5 and Xbox Series X. Each Friday, join PlayStation Pro Tamoor Hussain, Xbox Xpert Jordan Ramée, and Console Connoisseur Lucy James as they discuss the biggest stories about the new consoles. 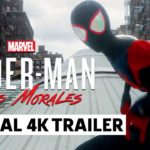 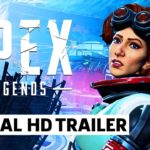