The Super Smash Bros. Ultimate team unveiled a new fighter today, the second in the Fighters Pass 2 DLC pack. And a modder was able to bring Skyrim (at least the opening cinematic) to…a keyboard? And on the entertainment side, there’s a new Borat movie! It will probably be just as satirical and culturally relevant today as the original one was 14 years ago. Also, Sydnee makes a really corny joke. All that in today’s Daily Fix. 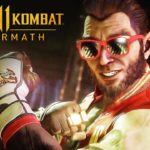 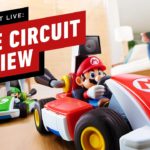