The world of Teardown let’s you destroy practically anything in the game. But what’s fully destructible environment without including something that you can’t? There’s a vault hidden in the game providing just that, a non destructible structure. Spoilers: there’s some sweet loot inside that can get you a lot of money for upgrading your gear.

So how do you get in the vault in Teardown? Well that’s what we’ll get through in this video. First the vault is found on Hollowrock Island (you unlock this map when you reach the title of “Wrecker” and the mission The BlueTides Computers mission). After finding the air duct in the cavern, we use planks to build up a maskshift ladder to get us through it. At the top is the entrance to the vault where you only need to use a shotgun or the blowtorch to get through the crate. Inside you’ll find up to $3000 worth of items for you to upgrade your gear.

Teardown is in early access and IGN plans to cover this game as it evolves. Until then stayed tuned to IGN for much, much more on Teardown. 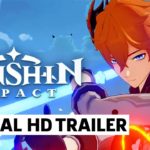 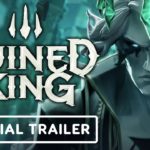