What looks to be one of the biggest issues of next-gen consoles will be limited storage space. We break down the best solutions to solve this without breaking the bank or your data cap.

The Xbox Series X comes with a 1TB internal SSD and with the size of games today, that can fill up fast. It’s also worth mentioning that the Series S only has a 512GB drive. So, you’ll probably be looking for ways to expand the storage capacity for your new Xbox console at some point. And we have some solutions for you.

Microsoft is offering a 1TB expansion card from Seagate which works identically to the internal SSD. It’s built to take advantage of the same speeds, and it slots right into the back of the console. While it’s the best performing solution, it’s relatively expensive at $220 (which is fair for NVMe SSDs). You can also use external USB drives, though there are some conditions you’ll need to be aware of.

You can still use the Quick Resume game-swapping feature for games running off of USB drives. But keep in mind that USB drives can only play Xbox One, Xbox 360, and original Xbox backwards compatible games. You can store Series X/S games on a USB drive but they need to be transferred to the internal storage or Seagate expansion card in order to be played.

So, for external drive testing, we used a Samsung T5 portable SSD through USB 3.1–the data transfer speeds were quite fast and load times were very close to the internal SSD. The Samsung T5 is also much cheaper than the Seagate expansion card. Using the Western Digital My Passport, a traditional external hard drive with USB 3.0, things slowed down as expected, but it wasn’t too bad. Transfer speeds were reasonable and load times were a bit better than what they were on the Xbox One X. And if you want bulk storage for cheap, this is the route you’ll probably want to go.

You can get details on how we tested drives, our specific results, and our advice for storage options by watching the video above. Be sure to check out our full Xbox Series X preview where we dive deep into performance, graphics upgrades, load times, Quick Resume, and much more. 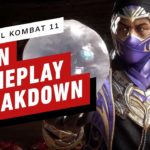 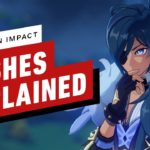