Are you hyped to jump around, smashing crates in Crash Bandicoot 4, or how about piloting a space ship in Star Wars Squadrons? Maybe you’re pumped and ready for Fall Guys Season 2! Whatever you’re into, I’m sure there’s something on this list of games that you’re gonna want to get your hands on! Check out this video to see the list of the biggest games being released in October 2020!

Try your hand at a Mario Battle Royale in Super Mario Bros 35. Play as Jojo Siwa, Spongebob, or even choose between Aang or Korra from Avatar the Last Airbender in Nickelodeon Kart Racers 2: Grand Prix!. Solve puzzles to break a curse in Ben 10 Power Trip. Check out the co-op gameplay added to FIFA 21 and play as your favorite soccer player! Who doesn’t wanna rev up the engine of a huge truck in Monster Truck Championship? Maybe you’re wanting to recruit a team of hackers in Watch Dogs Legion? If you wanna turn your living room into a racetrack, check out Mario Kart Live Home Circuit coming to Nintendo Switch 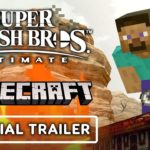 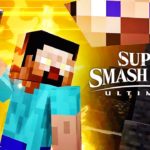