He can bring you in warm or he can bring you in cold, The Mandalorian blasted his way to new adventures during the show’s first season on Disney Plus. Din Djarin, the decommissioned Mandalorian Hunter finds his life’s mission when he meets The Child (a.k.a. Baby Yoda), the 50-year-old infant with a strong connection to the Force. Now with every bounty hunter in the Outer Rim searching for them, Din Djarin must keep The Child out of the clutches of what remains of the Galactic Empire.

Created by Jon Favreau and Dave Filoni, this is the first live action Star Wars TV show ever produced. and with The Mandalorian Season 2 about to debut, fans hope to see appearances from favorite Star Wars characters like Boba Fett, Bo Katan Kryze and Ahsoka Tano, possibly portrayed by Rosario Dawson.

The Mandalorian Season 2 drops Oct. 30 on Disney Plus. This is the way! 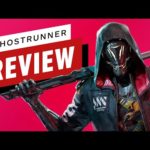 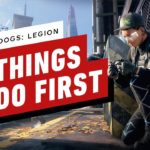