In today’s Daily Fix, Sydnee lists off (most of) the Xbox Series X/S launch lineup, and in PlayStation 5 news, the user interface has been revealed. Exciting! And speaking of the PS5, you’ll soon be able to record voice chats and use that to report people! If only we had this ability on the Xbox 360 while sitting in a Call of Duty lobby. 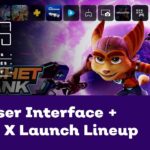 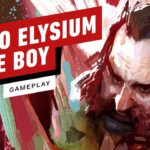