This week on Generation Next, we answer your burning questions about the Xbox Series X, after our hands on with the brand new console.

There might not be much in the way of new revelations about the Xbox Series X or PlayStation 5 this week, but that just means we’ve got the perfect opportunity to bring in our tech expert Michael Higham, who has a working Xbox Series X, and ask him about his experiences with it.

On the last episode of Generation Next we asked you to submit your questions for Michael and, in this Xbox Series X special, we put them to him. Xbox Series X-related topics covered include the load times, and whether the improvement is significant enough to warrant an upgrade to the new Xbox. On top of that, we talk about how the Quick Resume feature works and whether it takes up any SSD space, whether cross-gen parties are possible, and if the Series X supports ultra-wide resolutions.

We also get to the bottom of how much freedom there is to dictate resolution and framerate performance, how the Series X controller stacks up in terms of input latency, and, of course, if it can run Crysis.

Generation Next is GameSpot’s weekly video show all about the PlayStation 5 and Xbox Series X. Each Friday, join PlayStation Pro Tamoor Hussain, Xbox Xpert Jordan Ramée, and Console Connoisseur Lucy James as they discuss the biggest stories about the new consoles. 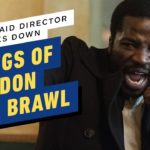 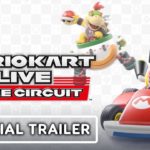