Welcome back to Next-Gen Console Watch 2020, our show following all the news and rumors on the PlayStation 5 and Xbox Series. This week we’ve got some info on Sony’s Fan, Some follow up on Series X Heat plus poll results from two polls from last week and a new poll. But first, we examine Phil Spencer’s latest comment on the Bethesda acquisition and why the Xbox Head hasn’t come out and said Bethesda games will NOT be on PS5. Do PS5 owners have hope?

We know that gamers have a big decision to make this fall in regards to their next-generation console, but American’s have a more important decision to make in regards to the election. In an effort to make sure that Americans get out and vote, go to IWillVote.com to learn more about how to vote in YOUR state for the General Election on November 3rd!

Here’s a rundown of what our team has discovered:

Paid for by Biden for President 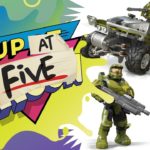 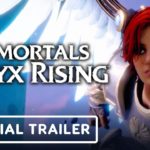