It’s time to step into the Animus and head to England as Viking raider Eivor in Assassin’s Creed Valhalla. Here are 10 early game tips to help you get the most from Ubisoft’s latest.

Assassin’s Creed Valhalla is a meaty RPG thatoffers sprawling quests, a huge map, and a, frankly, intimidating-looking skill tree. It’s possible to be overwhelmed when you boot the game up, but don’t worry, we’ve got you covered with some early-game tips to help you get the most out of your time as a Viking raider.

In the video above, we tell you which collectables to be on the lookout for, how to find the best abilities for Eivor, and, crucially, how to find a wolf to join you in battle and a cat for your longship. If you’re stuck looking for a certain yellow longship, we have the answer to that too (but we put a spoiler warning on it, don’t worry). We also point out some side activities that you won’t want to miss, such as flyting aka Viking rap battles. Yes, you read that right.

For more on Assassin’s Creed Valhalla, make sure to check out our review, as well as our video comparing visuals and load times between the Xbox Series X and Xbox One X versions of the game. 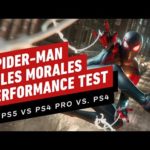 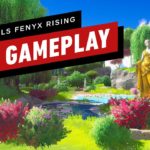