Assassin’s Creed Valhalla is filled to the brim with hidden secrets, weapons, and even worlds to find. We’ve brought together 9 of the best that you won’t want to miss.

Assassin’s Creed Valhalla is the latest in Ubisoft’s open world action franchise, and just like Odyssey and Origins before it, it’s a huge game that’s filled to the brim with quests, epic boss fights, and hidden secrets to find. However,  a lot of its coolest side quests don’t appear in your quest log to track, instead putting it on the player to find the locations of these in a more organic way.

For those that just want to skip to the good stuff, the above video will show you nine of the coolest secrets in Assassin’s Creed Valhalla, including how to kick off multi-part quests to get incredible legendary weapons and armor, how to deck out your settlement, as well as how to find some tough boss fights that yield exceptional rewards.

For more on Assassin’s Creed Valhalla, we’ve got you covered with beginner’s tips and graphics comparisons between current and next gen versions of the game, as well as comparing the PS5 version to the Xbox Series X one. 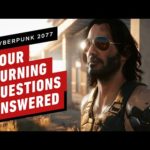 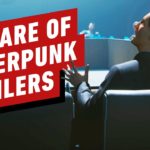