With reports that some brand new PS5 and Xbox Series X consoles are arriving broken, disc drives are acting up, and consoles are crashing in Rest Mode, the Generation Next gang discuss what it’s like to be an early adopter of new hardware.

The PlayStation 5 and Xbox Series X/S are out now and, like you, we’ve been having a fantastic time playing games like Demon’s Souls, Spider-Man: Miles Morales, Yakuza: Like A Dragon, Tetris Effect: Connected, and many more. However, it’s not all digital sunshine and rainbows with these news consoles.

Like a lot of newly released hardware, reports have emerged detailing issues with both Sony and Microsoft’s new consoles. Along with the many forum posts, tweets, and screams into the ether, we’ve had our own run-ins with crashes, weird bugs, and general instability.

So, on this episode of Generation Next, we’re taking the time to examine the state of the new consoles, discuss the major issues that have been reported, and recount our own anecdotal experiences. More importantly, we talk about whether you should be worried about any of the problems that are cropping up.

Generation Next is GameSpot’s weekly video show all about the PlayStation 5 and Xbox Series X. Each Friday, join PlayStation Pro Tamoor Hussain, Xbox Xpert Jordan Ramée, and Console Connoisseur Lucy James as they discuss the biggest stories about the new consoles. 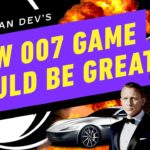