IGN’s own Tom Marks got to play 16 hours of Cyberpunk 2077, and even then it only feels like we’ve just started to scratch below the surface of this massive RPG.

“It took me roughly six hours of playing to reach Cyberpunk 2077’s opening title card. That was six hours of the 16 I got to play earlier this week, and even after countless adrenaline-filled shootouts, compelling conversations, and weirdly abundant dildos, I feel like I only just started to scratch below the surface of what’s here. Night City is dense and stunning, and this mammoth RPG is packed with a multitude of mechanics to explore and a copious amount of choice in doing so. As with any game this ambitious and broad, some parts do shine brighter than others (and the frequent bugs in this still-in-development build made me glad it didn’t launch today as previously planned) – but once Cyberpunk 2077 kicked off in earnest, it clicked, and now I just want more.” – Tom Marks 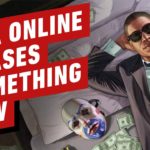 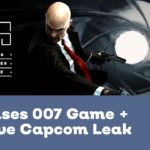