It’s PS5 and Xbox Series X/S launch week, and to celebrate, the Generation Next team have a bumper launch special for you to feast your eyes on.

First up, Tamoor interviewed Xbox boss Phil Spencer, so we show some choice cuts from the discussion, including what Halo Infinite’s delay has meant to Xbox, a lack of first-party showpiece games for the Xbox Series X/S, the platform’s presence in the Asian market, and, of course, some Elden Ring chat. We also finally ask Phil what he thinks of the nicknames Big Phil and Phil Sponsors, and he picks his favourite.

But that’s not all! We finally get to spend some time with Bluepoint Games’ Demon’s Souls remake, and Tam shares his early review impressions (spoilers, they’re very positive). Generation Next isn’t going anywhere now that the consoles are out, so keep a look out for it next Friday, and if you’re getting a new console this weekend, enjoy! 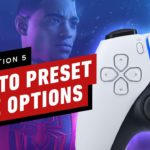 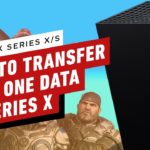