In this latest comparison, we take a look at how the brand-new Demon’s Souls remake on PlayStation 5 stacks up against the original game on the PlayStation 3. Check out the similarities and the differences some 11 years later.

Developer Bluepoint Studios’ remake of Demon’s Souls is finally here, releasing for PlayStation 5. The remake launches about 11 years after the original Demon’s Souls, developed by From Software for PlayStation 3. Don’t know about y’all, but we think that a comparison is in order.

In the video above, we play through Demon’s Souls on PS3 and Demon’s Souls remake on PS5. When seen side-by-side, the differences of when the two games were made, and the changes brought about by 11 years of technological progress, are fairly obvious. However, you can also see how similar the two games are as well–the remake may give Demon’s Souls a fresh coat of paint but it’s still the same hard-as-hell game with a terrifying atmosphere that From Software released back in 2009.

Demon’s Souls is the comparatively niche older brother to the rest of From Software’s Soulsborne games, which include Dark Souls, Dark Souls II, Bloodborne, and Dark Souls III. Though it’s not as popular as these games, Demon’s Souls is pretty much the start of what would later be called the soulslike genre–even if the genre’s popularity and acceptance into the mainstream is more directly connected to Dark Souls.

Demon’s Souls releases as an exclusive launch title for PlayStation 5. 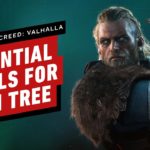 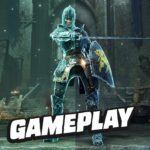